The Academy of Notre Dame de Namur is a Catholic, independent, college prepatory school for young women in grades 6 through 12.

We are Notre Dame

Inspiring young women to INQUIRE, EXPLORE, IMAGINE and INNOVATE since 1856.

Since 1856, the Academy has educated, empowered and inspired young women for a lifetime of compassionate leadership and service guided by our Catholic faith and an abiding trust in the goodness of God. Our graduates are leading and contributing to medicine, art, law, science, education and business throughout the world, setting the standard for social responsibility by their lives and actions. They are our inspiration.

“One of the best things Notre Dame provided me was the knowledge that we could do anything -- since we were all girls, the girls were the elected leaders, athletes, scholars.” - Nina Fite, class of 1975, Current U.S. Ambassador to the Republic of Angola

The research is clear and compelling -- an all girls’ learning environment offers proven advantages that prepare students for success in college and beyond. When compared to their female peers at co-educational schools, girls’ school graduates:

The Academy of Notre Dame strives to create an atmosphere of openness, warmth and responsible freedom so that all members may be able to internalize and implement the Christian values that are so important to personal and social growth. The Honor Code fosters the development of each community member's personal integrity, character and respect for self, others and school policies.

The Honor Code should:

The Honor Code will not be effective unless each community member makes its success our collective goal. It is our responsibility to remind those who violate the code of its importance to our mission and statement of beliefs.

The History of the Academy of Notre Dame de Namur

In 1854, Bishop John Neumann invited the Sisters of Notre Dame de Namur to open a school for girls in Philadelphia and on October 15, 1856, Sister Superior Louise opened “The Academy”. The first school opened in the Parish of the Assumption on Spring Garden St. and existed in several locations throughout the Greater Philadelphia area over the years to accommodate it's growth. The Academy ultimately landed at its current Villanova campus as the Academy of Notre Dame de Namur in the 1940s at the hands of Sister Superior Julie.

After officially purchasing the Mansion and surrounding property in 2006, the school became an independent educational institution affiliated with the Sisters of Notre Dame. Since the Academy’s establishment, learning buildings and athletic fields have been added to the campus to address the needs of the Notre Dame community. Still, the Mansion maintains its legacy of being an anchor for the school.

Today, the academy continues to educate young women on “what they need to know for life” while preparing them to be the leaders of tomorrow.

Learn more about our history here. 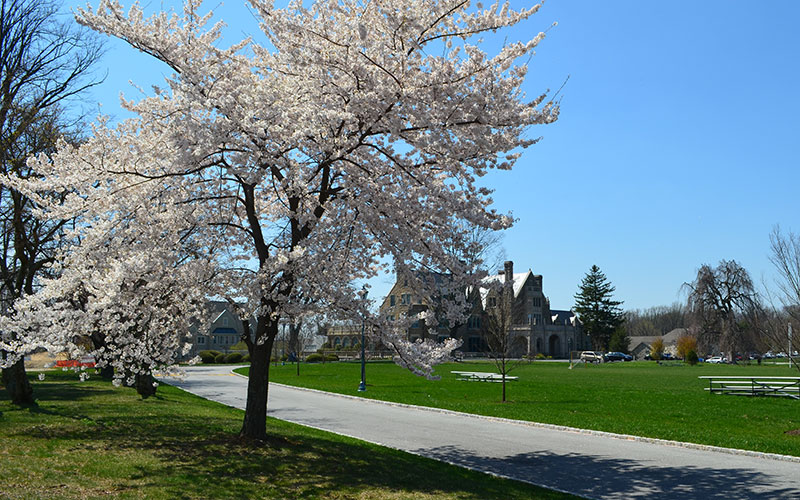 Tours of our 39-acre campus are taking place every day after school hours this spring. Request info here, or contact admissions@ndapa.org to schedule your tour and discover the future of promise offered to every student at the Academy of Notre Dame de Namur.