The Academy of Notre Dame de Namur is a Catholic, independent, college prepatory school for young women in grades 6 through 12.

All in the Family: Three Generations of Kahn Women to Exhibit Artwork Together at the ND Art Show

All in the Family: Three Generations of Kahn Women to Exhibit Artwork Together at the ND Art Show 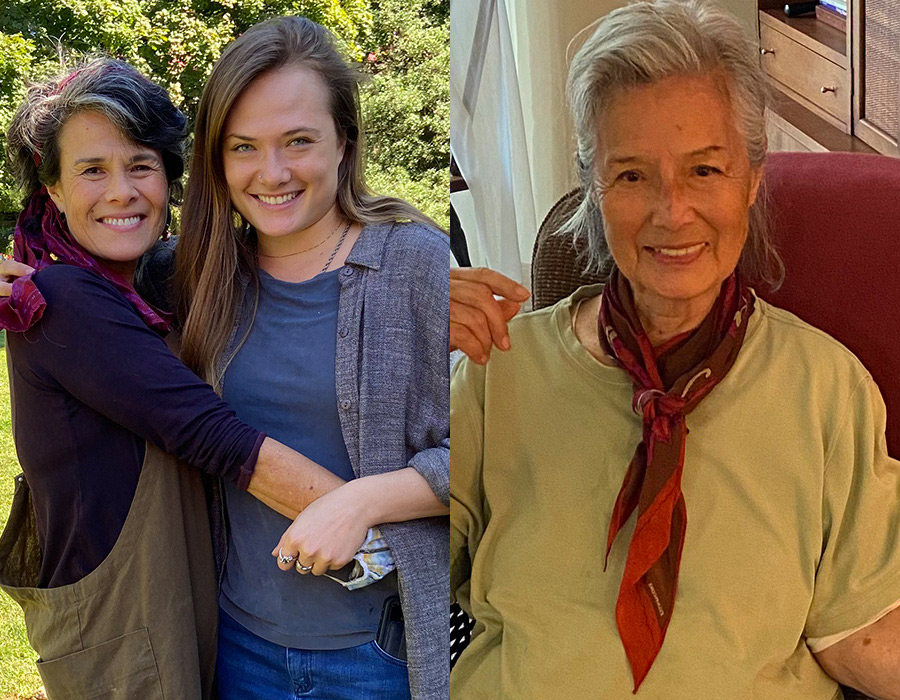 For the Kahn women - Eiko Kahn, Miho Kahn, and Kiya Nicole - art has always been a part of daily life. It is the common thread that binds them together, and each generation draws inspiration from the one before. This year, that connection will be on display as Eiko, Miho and Kiya, three generations of Kahn women, will be exhibiting together, for the first time, at Notre Dame’s 48th Annual Fine Art Show & Sale.

Since they were children, Eiko, Miho and Kiya have been creating various works of art - it has been a part of their daily lives as long as they can remember. Miho explains, “In some ways I feel I have been making art forever because I was raised in an artist’s home, making the world of art totally accessible. I was observing art being made and celebrated from a very young age, which was invaluable.” Kiya, who says that she has been making art “since I could hold a pencil,” is actually the fourth generation of artists in her family’s Tanaguchi lineage. Her great-grandmother also taught Ikebana in Japan in the 1930s, which is how Eiko, the matriarch of the family, got started. She says, “I started painting when I was very young in Japan. My mother was teaching Ikebana and had very good taste. Then when I came to the United States in 1952, I took classes at the YMCA. People would always buy my work, so then I kept taking classes and painting.”

Nature and connectivity are common themes of the Kahn women’s artwork, including the pieces they’ve chosen for this year’s show, and that connection is undoubtedly due to the bond they share and the inspiration they draw from one another. Kiya explains, “Growing up in an artistic family had a huge influence on my sense of self. I have always looked up to my mother and grandmother and have been continuously inspired by their work. My grandmother’s art looms so large in my family; her work and expression are incredibly powerful. I think my mom and I get our intuitive approach from her. I feel such a connection to my mother and grandmother’s work that I often feel we are drawing from a similar place of inspiration and speaking in a continuous voice about our connection to the natural world.” Miho also shares, “I am keenly aware of how special it is that Kiya, my mother and I share the language of art and have thought many times, especially as my mother ages (she’s 93) that it would be very special to show together. Art is a huge part of our lives; it permeates everything I do, and like my childhood home, it is celebrated and encouraged in our home now. We are a family of artists, and I consider this fact to be not just a gift to share and enjoy but feel a responsibility to God to nurture and tend that which we have been given. For me it is both humbling and exhilarating.”